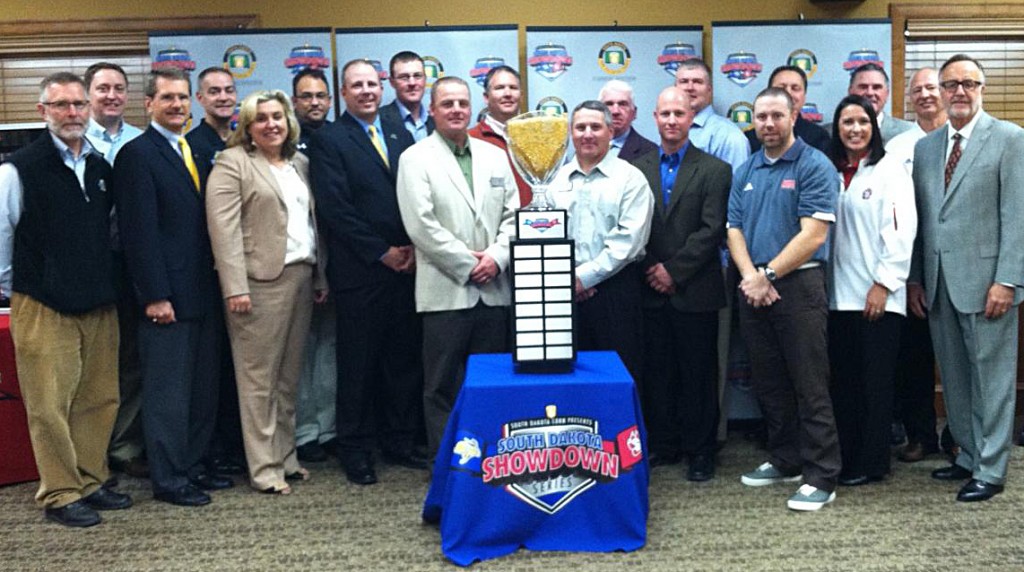 The South Dakota Corn Utilization Council is the title sponsor of the South Dakota Showdown Series, an annual athletic and academic competition between the two schools. They will compete yearlong, not only for bragging rights but also for a traveling trophy. Their rivalry, with its rich history and countless memories, dates back to 1889.

The announcement was made Nov. 7 in a news conference at the South Dakota Corn office in Sioux Falls. The universities’ presidents, athletic directors and eight coaches attended the event along with South Dakota Corn board members and staff.

Athletic directors David Sayler of USD and Justin Sell of SDSU said the Showdown Series is a great way to highlight the schools’ traditions and student-athletes.

“On behalf of more than 375 student-athletes at the University of South Dakota, I am grateful to the Corn Utilization Council for sponsoring the creation of the South Dakota Showdown Series,” Sayler said.

“Not only will the Showdown Series highlight our athletic programs,” said Sayler, “but it will showcase the priorities we place on academics, sportsmanship and community service.”